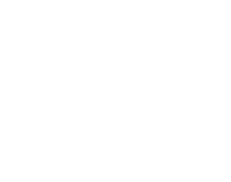 The Salvation Army needed a better system for managing their 2 million+ annual donations.

The Salvation Army’s Adult Rehab Centers facilitate nearly 2 million donation pick-ups annually. These items are then distributed to their Family stores where they are sold. The revenue is used to help provide services for substance abuse treatment and recovery programs, helping approximately 30 million people annually. To help them manage their entire donation process, we built Donation Services System (DSS).
Here's
how we
did it

Now that we had built a digital system to help with truck routing, we needed a mobile solution for drivers to be able to fulfill their pick-ups on time and communicate back to dispatch.

After learning from dispatchers about which features would be most useful to them and to drivers, we drafted some rough interface designs for tablets. However, there was some debate as to which tablet would be the best for drivers to use on their trucks. We decided to create two prototypes - one for iOS and one for an Android device. After testing with both prototypes, we decided that iOS was the best solution, and got to work building a robust DOT-compliant iOS application to run on iPads in each truck. The iOS app was called DSSMobile, and was systematically rolled out nationwide, at over 75 centers over the course of 2 years.

We discovered that this tedious manual process not only limited the number of daily pick-ups, it also kept The Salvation Army from being able to monitor driver progress and to gain insight to analytics for improvements.

In order to help the dispatchers come up with more efficient routes for their daily pickups, we needed that process to be automated. So we created an algorithm to solve what is essentially a unique version of the Traveling Salesman’s Problem (TSP). By incorporating some additional factors (such as the physical size of each pickup, and the time it takes to carry the items from a building and load onto the truck), we were able to create a fairly reliable prediction for how long each pickup, and each route would take.
Today DSSMobile runs on approximately 1000 trucks daily, all over the U.S. It shows drivers their pickups sequenced into routes, and allows them to update the status of each pickup as they complete them. It provides turn-by-turn audio directions from one pickup to another. It allows drivers to take pictures of products, add notes about donors or goods, document information about accidents and share truck capacity to dispatchers. Additionally, dispatchers can reroute on the fly; if a customer cancels or a truck breaks down, the dispatcher can adjust the driver’s route and the iPad notifies the driver instantly. The app also integrates with a tracking system, which shows the truck location on a map in real-time for the dispatcher to monitor progress, while gathering analytics. The truck’s location status is used to dynamically update pickup ETA’s, which customers can see by logging into their web account on the system’s public-facing donation website, SATruck.org.